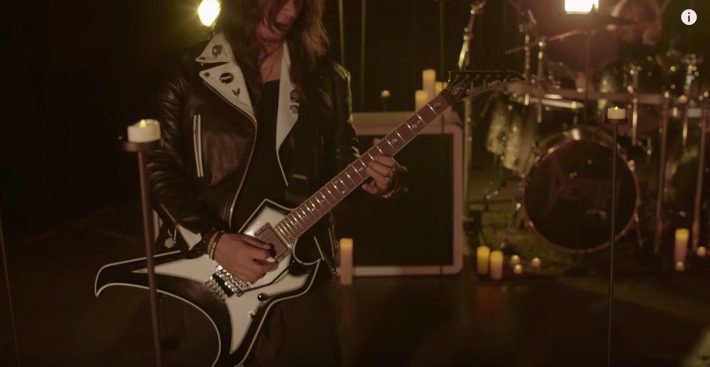 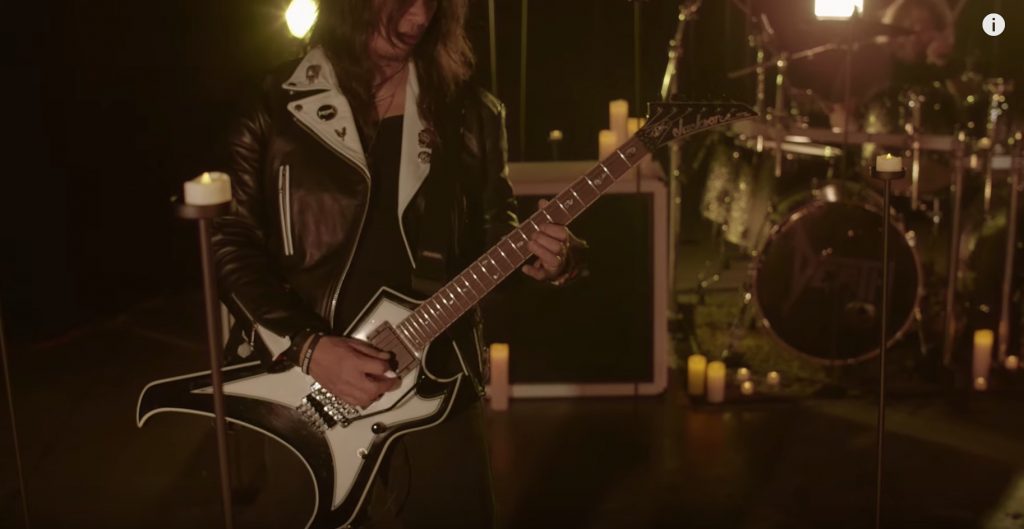 In the clip, a cryptic hooded figure stalks vocalist Mark Osegueda as lead guitarist Rob Cavestany tears it up on his Custom Jackson Dragon “Ying Yang” axe. (you can mix the tense here as released is past tense but action happening sounds & reads best when talked about in present )

Give “Immortal Behated” a listen below, and catch Death Angel on tour here.