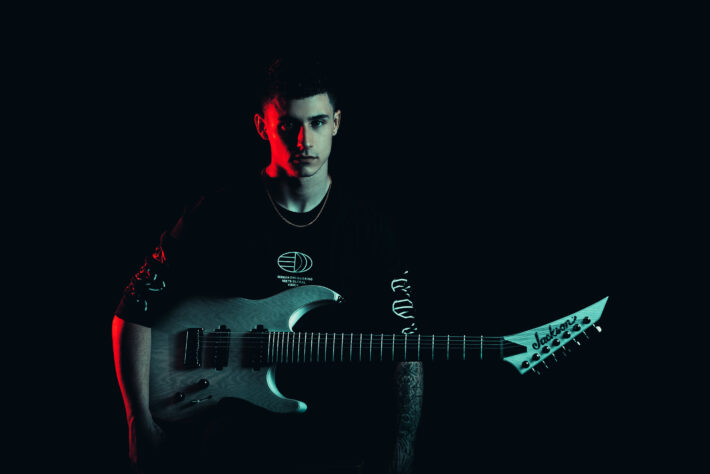 The track was featured on the metal four-piece’s supremely heavy and blistering debut album Culling Culture, which dropped earlier this year.

“This track was one of the easiest writes on the album,” recalled Bacon. “I mean, it pretty much just flowed out of us. I probably speak for most guitar players when I say the best riffs pop into your head at like 2am when you’re trying to sleep, as was the case with the first riff of the track.”

“The two extra strings certainly have their work cut out, playing host to a series of monstrous, drop-tuned punches, which precede a kaleidoscope of intricately crafted lead licks and gorgeously dissonant broken extended chords,” notes GW.

Watch below, and be on the lookout for more from Bacon with his brand-new Pro Series Soloist SL7A MAH HT in Unicorn White.