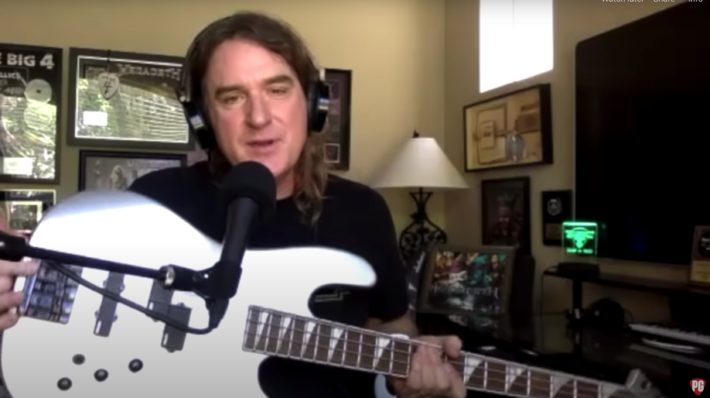 Premier Guitar featured Megadeth bassist David Ellefson in a recent episode of newish series: The Big 5, in which guests are asked to answer the same fie questions:

For most of his “hard rock, metal tendencies,” Ellefson found that Jackson bass instruments and especially active electronics were most effective.

“I found that to be really effective with Jackson when Grover made that first bzass for me, and then I carried on playing late ‘80s, early ‘90s and again in the last 10 years because the necks are fast.  The neck is meant to be very fast so you can shred, and I like that it is a shredder bass!”

Any guesses as to his desert-island album?  Watch to find out …