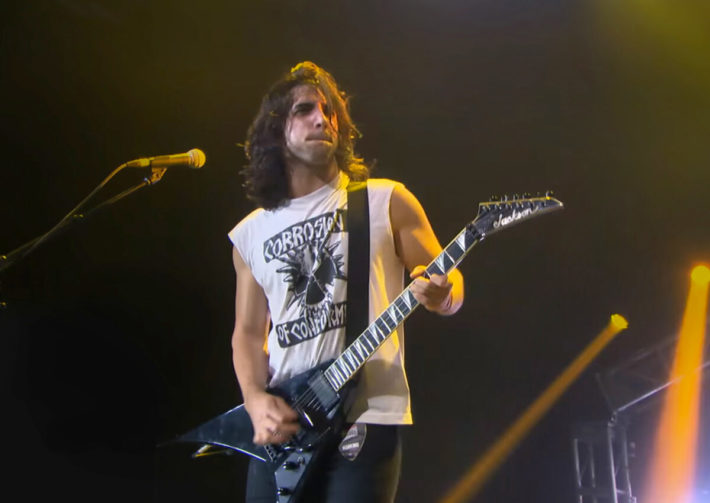 The inaugural Loudwire Music Award concert went down earlier this week in Los Angeles at the Novo Theater, and it featured several incredible performances including quick two-song appearances by Jackson artists Anthrax and Power Trip.

“With hard rock and metal seemingly getting squeezed more and more out of recognition by mainstream award shows, the Loudwire Music Awards gave a platform to not only pay homage to some of the greats in rock and metal who laid the foundation for the genre, but to showcase the amazing younger talent that is providing the lifeblood for future generations and taking rock and metal in new and exciting ways,” wrote Loudwire’s Chad Childers.

Hosted by Chris Jericho,  the show handed out awards such as the Courage Award to Tony Iommi, the Lemmy Lifetime Achievement Award to Rob Halford and Best Live Band to Iron Maiden.

In between came incendiary performances including Anthrax ripping through “Caught in a Mosh” from Among the Living and then taking on Kansas hit ““Carry On My Wayward Son.”

Texas act Power Trip first hit the stage to deliver “Executioner’s Tax (Swing of the Axe) off Nightmare Logic, and then returned to action alongside Hatebreed’s Jamey Jasta for a fiery cover of Motorhead’s “(We Are) The Road Crew.

Enjoy both clips below …