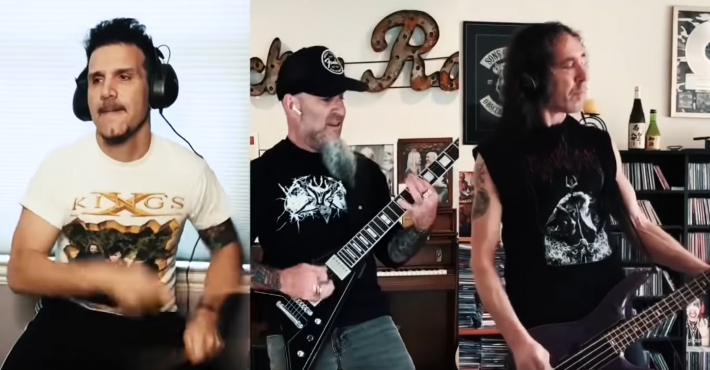 Originally formed back in 1985, Stormtroopers of Death was a hardcore thrash band based on a character known as “Sargent D” that Ian began sketching after finishing his guitar tracks for Anthrax album Spreading the Disease. His sketches were accompanied by slogans such as “I’m not racist; I hate everyone,” and he also began writing deliberately offensive lyrics about the character.

“March of the S.O.D.” appeard on their 1985 debut’s album Speak English or Die, and was featured for many years as the intro anthem of MTV’s Headbanger’s Ball.

Each member re-recorded their part from their own home, with Benante uploading the performance on his YouTube channel with this accompanying note:

“A message from Sgt. D — Quaran-fuckin-tine or you’re on my list. You’re welcome, Sgt. D.”