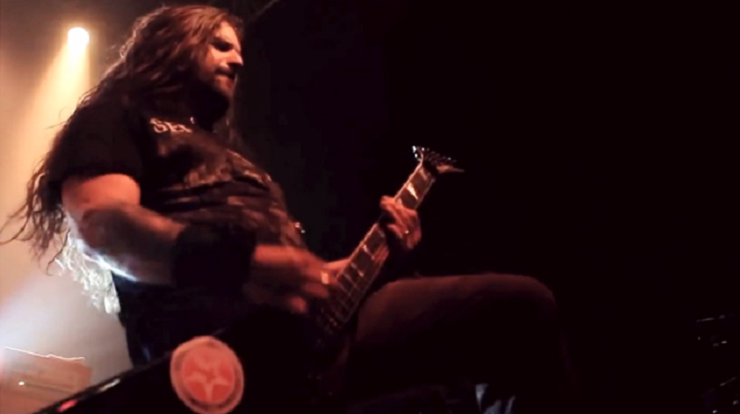 On May 21, Sepultura premiered their documentary Sepultura Endurance at the Regent theater in Los Angeles.

The documentary has been in the works for over six years, and features a very candid and personal look into Sepultura’s successes and tribulations throughout their metal career. The film contains never-before-seen footage and interviews from their peers, including Lars Ulrich of Metallica, Scott Ian of Anthrax, Corey Taylor of Slipknot and more.

Following the world premiere, the band and director Otavio Juliano hosted a Q&A session, and shared his perspective on the labor of love.

“Endurance is an honest portrait of Sepultura: part concert film, part testimonial to the power of music, part intimate insider hang and great archival footage,” explained Juliano. “Ultimately, the film is a testament to the endurance required to make a documentary for almost seven years, taking itself 800 hours of footage to complete. When you’re filming cinema verite style, you’re following the story as it’s unfolding and you don’t know the destination. Sepultura Endurance has been a great journey.”

Below, watch a clip of the documentary and the Q&A session from the world premiere, which includes Jackson artists Andreas Kisser’s thoughts on the film.

“I’m very happy and excited that the Sepultura movie is finally done,” he said. “It is an amazing achievement from the director Otavio Juliano and the producer Luciana Ferraz from the Interface Films. Otavio followed the band on the road, on the studio and collected amazing statements from many people who are or were a part of this fantastic history.”