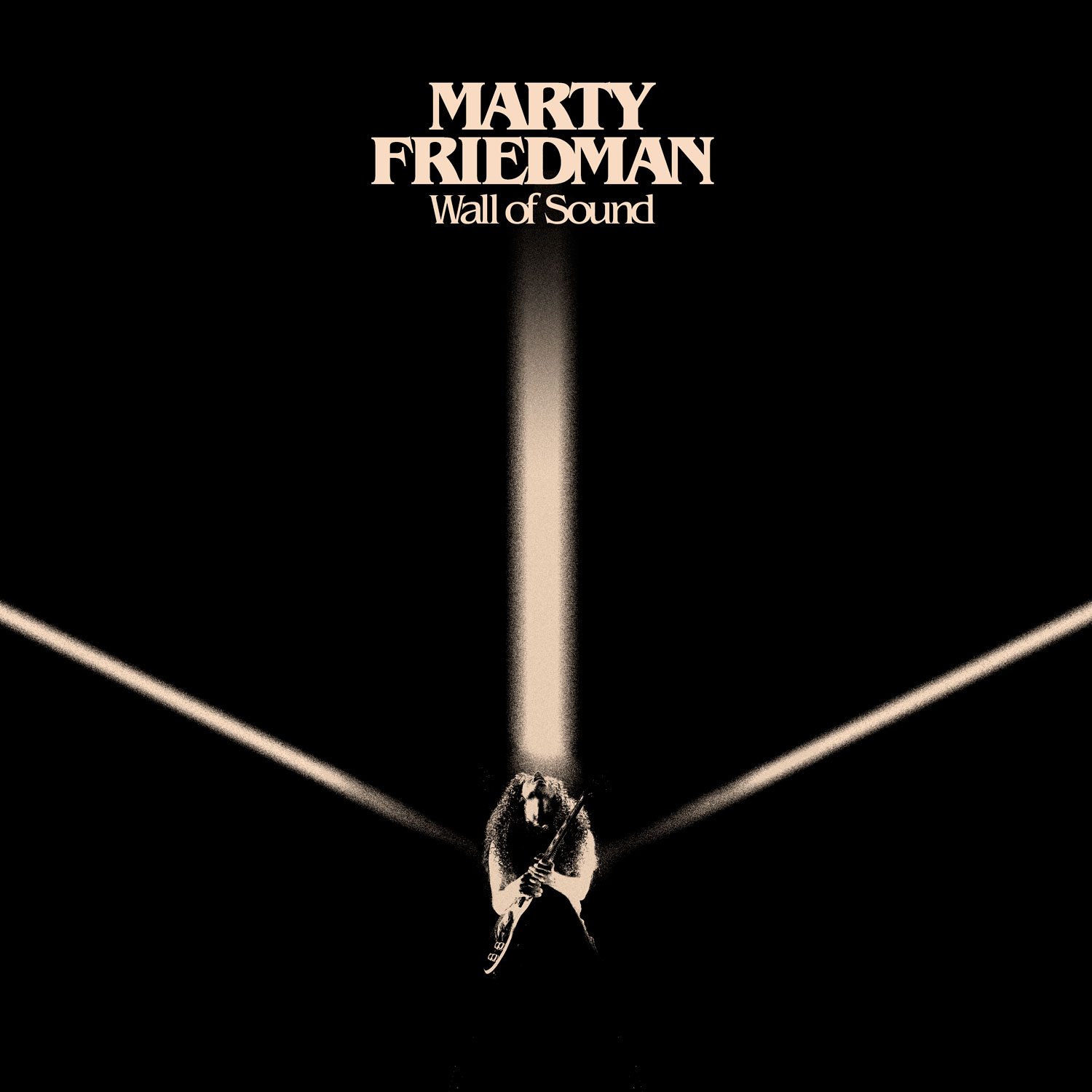 Jackson signature artist Marty Friedman’s new album, Wall Of Sound, which will be released on August 4, expands and destroys any conventional notions of instrumental music.

“It’s a challenge to evolve album after album, especially on your 13th solo album,” said Freidman. “Not only as a songwriter but it is imperative to do new things on my instrument as well. Luckily this is a challenge that I love. You will find this hard to believe when you hear the density and sheer amount of guitar coming at you from all directions, but in fact all of the final guitar tracks on Wall Of Sound were done in 9 days.

“This furious and productive pace was made possible by over a year of making demo after demo and spending more time listening and living with the music rather than just playing it. I had lived with the songs for so long and edited and re-cut them so many times, that by the time I got to the actual recording studio, it was like I had been playing the whole album on tour for a year already. I learned to do this from making Inferno.”

“This is why a lot of artists’ debut albums are so strong-because they have had so much time to reflect on and fix the music, and also more importantly, attach real life experiences to the songs. I feel like I have a debut album here.”

Similarly to Inferno, Friedman assembled an incredible and diverse group of musicians to record and guest on Wall Of Sound. His core recording band is made up of Anup Sastry, a modern whiz kid sharing drum duties with uber-veteran Gregg Bissonette, and Japanese bassist Kiyoshi who is undisputedly the most aggressive female bassist on earth. Guests include Jinxx of Black Veil Brides and Shiv Mehra of Deafheaven, and Jorgen Munkeby of Shining, who lends his voice to the only non-instrumental track on the album.

“I am extremely, extremely proud of this record,” said Friedman in an Instagram post to his fans this morning. “Happy with every second of it. I say that every time but I mean it every time, and I really mean it this time. I believe it was the record I was born to make. I love it.”

Fans can get their first taste of the upcoming album with today’s release of single “Self Pollution.” Stream it below.