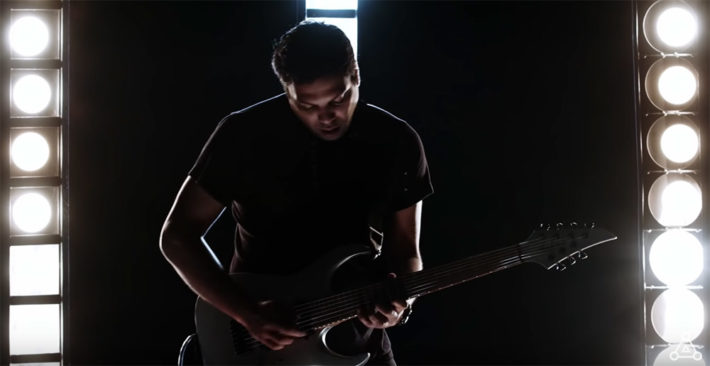 Prog-metal stalwarts Periphery are back with new music, releasing the video for the unrelenting lead single “Blood Eagle” off their forthcoming album.

Due out April 5 via the band’s own label 3DOT Recordings, Periphery IV: Hail Stan is the follow-up to 2016’s Periphery III: Select Difficulty, and one the band took extra time to craft.

“We finally spent a year on a record – we’ve never been able to do that,” said guitarist Jake Bowen. “The quality and pacing of the work shows we took our time with this one. That’s an important note about this. We really got to do everything we wanted to do in the space we had to do it.”

In the Jeremy Danger and Travis Shinn-directed video for “Blood Eagle,” the djent outfit delivers a brutal performance. Bowen and guitarist Mark Holcomb execute plenty of overdrive drenched riffs alongside frontman Spencer Sotelo’s roaring vocals, while Misha Mansoor cuts in with an immaculate solo on his USA Signature Juggernaut HT7 in Satin Silver.

In support of the album, Periphery will hit the road with Dance Gavin Dance in late March for a three-week American tour. Until then, headbang away to the video below.