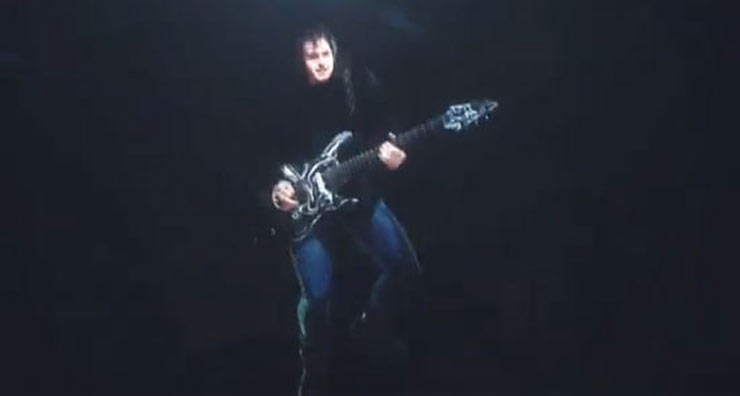 Northlane recently went above and beyond for their new video for “Impulse,” as the Australian metalcore band seemingly plays their instruments while floating in mid-air.

The stunning clip shows singer Marcus Bridge wandering throughout dream-like settings, searching for something elusive. At different points, the band members appear to defy gravity, an effect made possible through the use of a green screen and a special rig.

“The video we did for impulse is no doubt our favorite to date. We did a lot of interesting stuff for the filming of it,” guitarist Josh Smith told Alternative Press. “A fair bit of green screen action, some band shots filmed on salt flats, some location shoots with Marcus, but the coolest part was the ‘levitating’ scenes. We did this at a rock climbing center, we had to wear these harnesses under our clothes and get strung up in front of a green screen and play our instruments, sure made for one hell of a wedgie!”

“Impulse” comes from latest album Node, which arrived on July 24.

Watch the video after the jump and don’t miss Smith’s Jackson B7 outfitted with an eye-catching swirl finish.