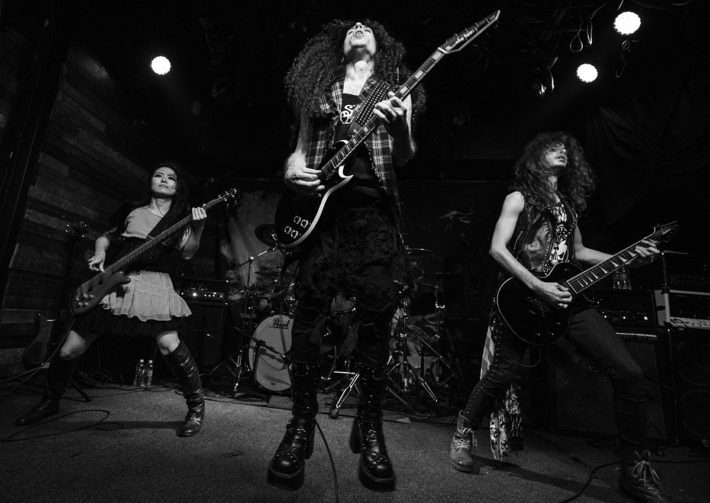 In the February issue, Marty Friedman sat down with Vintage Guitar magazine writer Greg Prato for a quick one-on-one where the two discuss Friedman’s latest endeavor Wall of Sound. The piece covers a range of topics including what makes his latest album stand out when compared to his past efforts, some of his favorite tracks and how his Jackson signature models played a pivotal role in the album’s recording.

When it came to picking the final tracks on Wall of Sound, Friedman shared that time was his best friend.

“For Wall of Sound, I lived with so many songs that weren’t as good four or five months down the line as they were at the beginning,” he explained. “I funneled 60 or 70 into those that still kick my ass 10, 12, 16 months later. I think it’s the strongest way for me to write a record.”

Although Friedman has been writing increasingly difficult guitar parts as time goes on, he always makes sure to write music that makes people want to pick up a guitar and play.

“That’s kind of like a goal, I guess, in rock music and guitar music,” he said. “If you get an intro like ‘Stairway to Heaven’ or ‘Smoke on the Water,’ you’re doing something that’s making a lot of people want to pick up an instrument.”

Friedman’s USA Signature Marty Friedman MF-1 was tested heavily during the production of Wall of Sound and he believes that is another reason why the final product is so good.

“There’s no place where you’re stricter than where you’re recording,” said the talented guitarist. “I was really dialing-in little details and having Jackson come back with little tweaks. At the end of the process, everything was done to my satisfaction and ready for release.”

Look for the full interview in the February issue of Vintage Guitar magazine, which you can subscribe to by CLICKING HERE.