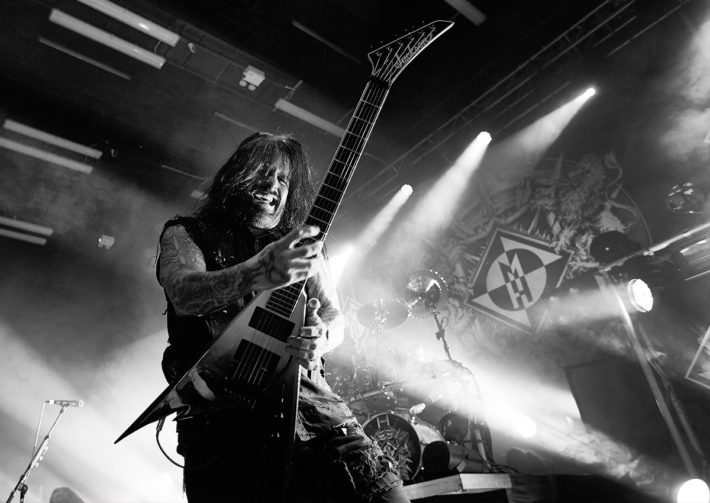 Heavy metal monsters Machine Head dropped a bomb on their fans with the surprise release of a new track, “Beyond the Pale.” Doubling up on the announcement was the revelation of a brand-new album titled, Catharsis, set for release on Jan. 26 via Nuclear Blast records.

The San Francisco based group is excited by the potential of their latest album.

“I feel like metal could really infiltrate the mainstream with this album,” said guitarist Rob Flynn in a statement on the Nuclear Blast website. “And it needs to…now more than ever.”

The 15-track album is produced by Rob Flynn and recorded, mixed, and co-produced by Zack Ohren at Sharkbite Studios in Oakland, CA.

Stream “Beyond the Pale” by hitting play on the first video below. CLICK HERE to pre-order the album.

If you’re interested in the CD/DVD Digipak edition of Catharsis which contains footage filmed live at The Regency Ballroom in San Francisco, you can preview it below.