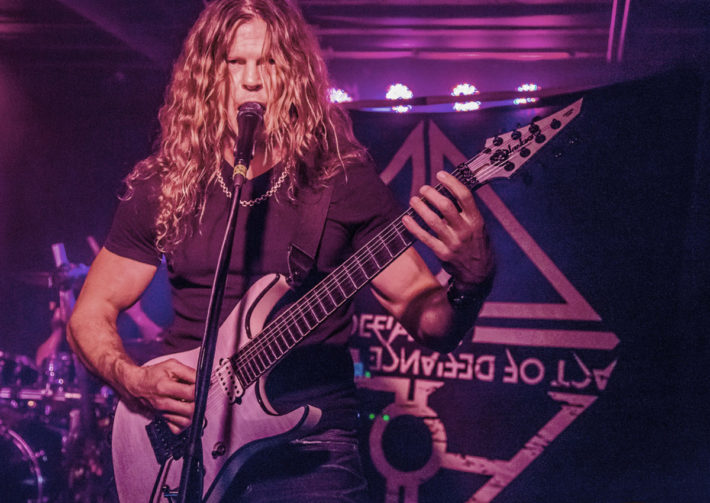 Jackson artist Chris Broderick sat down with Metal Forces magazine to wax intellectual about the sophomore album from his latest heavy metal venture, Act of Defiance. The former Megadeth guitarist spoke on a large variety of topics including the many different lyrical themes of Old Scars, New Wounds, as well as some of the new guitar techniques that he used on the new album.

Broderick wrote a number of songs on Old Scars, New Wounds including “Misinformation Age” and “Rise of Rebellion”.

“’Misinformation Age’ is definitely about the current state of getting your information online,” said the guitarist. “You have to know your source. You can’t just trust whatever is posted, and believe it’s true, even if you want to believe it’s true.”

Broderick also explained the basis of the track “Rise of Rebellion.”

“The name of the song speaks for the meaning itself,” he said. “It’s an anthemic song; it’s just meant to be a fists in the air kind of song.”

While working on the latest Act of Defiance album, Broderick was also able to develop some new techniques on his Jackson Signature Soloist™ guitar.