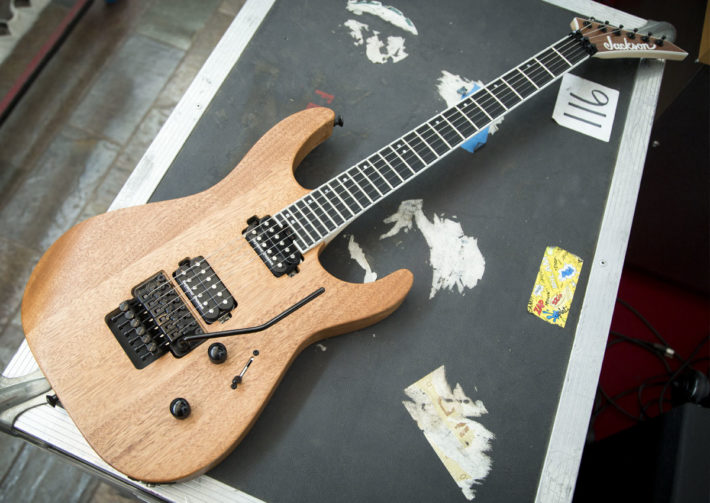 Chris Gill from Guitar World magazine recently reviewed our Jackson Pro Series Dinky DK2 Okoume and was pleasantly surprised by what he found. With the preconceived notion that the Dinky would be the same as any variety of double humbucking guitars he’s reviewed in the past, Gill was taken aback by the wide breadth of features found in the Pro Series DK2.

“Traditionally Okoume is layered into plywood used to build boats because it’s light, flexible and rot-resistant,” he wrote. “But guitar builders have discovered it has tonal properties similar to maple with much less weight, plus an attractive grain and color similar to mahogany. The wood, combined with Seymour Duncan humbuckers and versatile wiring, gives the Jackson Pro Series Dinky DK2 a distinctive, attractive voice that really stands out in a crowd.”

In addition to the build quality of the Dinky, Gill was equally impressed by the performance of the Jackson guitar.

“The Pro Series DK2’s playability is everything guitarists have come to know and love about Jackson guitars,” noted Gill. “This is a speed guitar with an extremely fast-playing slim neck profile, and the neck heel might be the most ‘invisible’ example I’ve ever encountered from a bolt-on instrument. The Okoume body’s light weight makes it a pleasure to play for hours on end, and the guitar remains perfectly balanced when playing in a standing position.”

Check out the full review by CLICKING HERE.