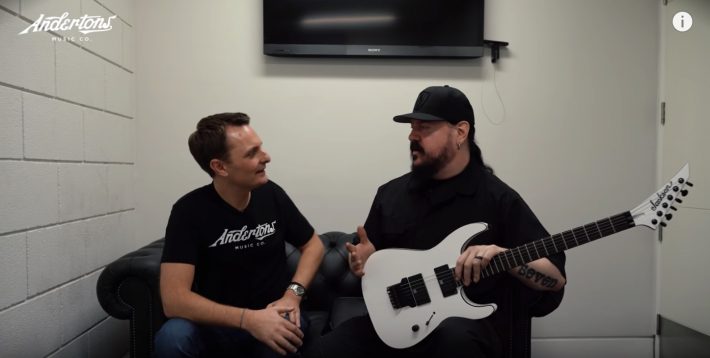 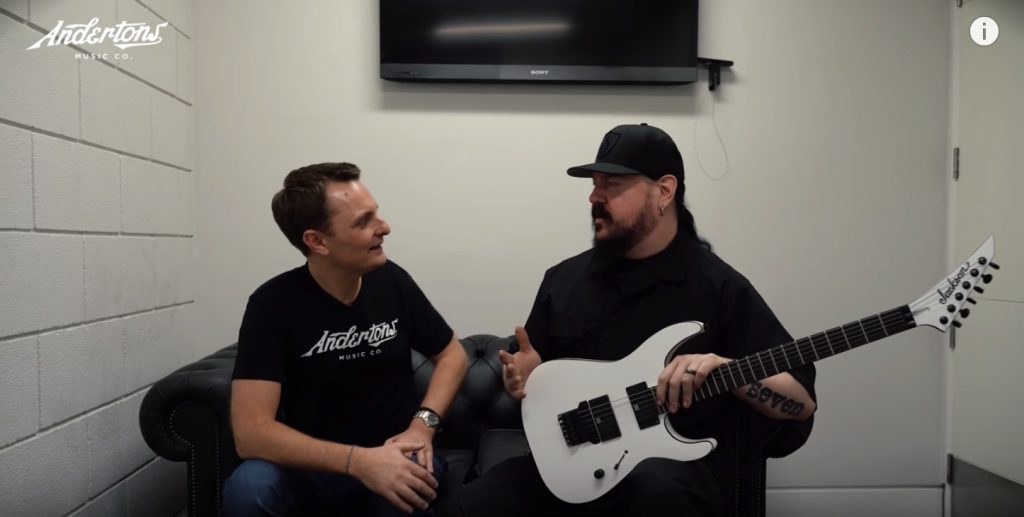 Lee “The Captain” Anderton caught up with Slipknot’s speed demon Mick Thomson backstage at The O2 in London. In a lengthy interview—with Thomson foregoing his legendary stage mask, the two gear heads discussed guitar heroes and influences, the early days of Slipknot and the precise details what went into constructing Thomson’s signature Jackson Pro SL2 model.

“Hendrix was the whole reason I started playing guitar,” said Thomson. “He was a major motivator. My dad had the most amazing guitar-oriented record collection for a non-player. It was hard to not love the electric guitar; I was just enamored with it!”

Thomson bought his first electric guitar at 10 years old with his haul from a paper route, and soon discovered heavier, guitar-driven genres.

“I got in toward the end of that and we lost our drummer,” explained Thomson. “Slipknot happened when we were trying to figure out what we wanted to do.”

“This is a custom bridge that Jackson did for me,” said Thomson. “It’s basically your standard Floyd-style tremolo except it’s not a tremolo. The energy transfer with the way this thing is bolted down is just awesome. It’s every bit as loud and sustaining as a Tune-O-Matic.

“These are my fuckin’ handmade in Santa Barbara, Calif. Pickups,” emphasized Thomson. “These are the actual pickups that I use. They’ve been on every record since we developed them.”