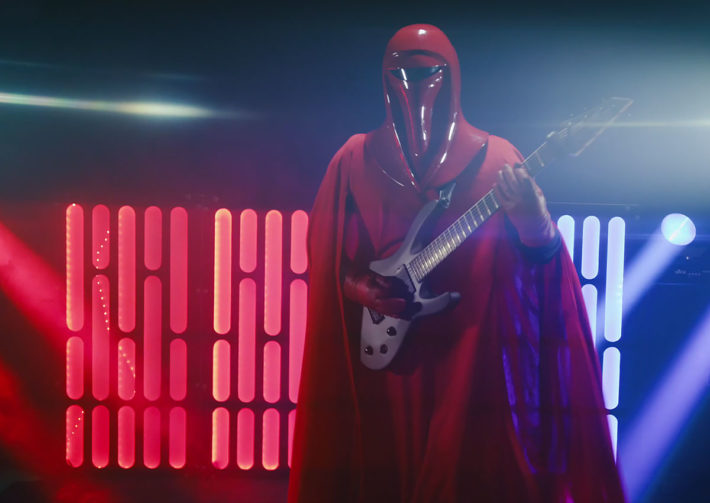 Guitarist Mike DeMaria, dressed as an Imperial Red Guard, shreds his Jackson B7 alongside the likes of Kylo Ren, Boba Fett, and the infamous Darth Vader. With incredible costumes, great sets, and even better special effects, this is a video that metal fans and Star Wars geeks alike can enjoy.

Hit play below to check out the full video and CLICK HERE to see upcoming tour dates from Galactic Empire, coming soon to a galaxy near you!