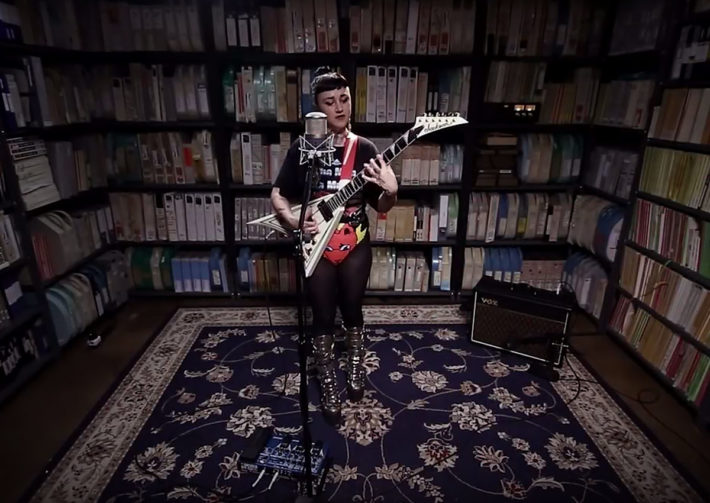 “I wanted to make something really raw, and simple, and direct, and emotional,” Saalfield told Paste magazine’s Claire Greising.

Those familiar with the female rocker might be surprised to hear her taking a stripped down approach, as previous Hiatus Kaiyote records featured lush instrumentation. But the combination of Saalfield’s voice and guitar alone make for a compelling performance that illustrates her fantastic artistry. We’re certainly duly impressed with the talent and it’s killer to see artists showcasing the versatility of our pointy Jackson “metal” guitars.

Enjoy the sneak preview of Nai Palm’s upcoming solo album Needle Paw by watching the video below, and CLICK HERE to check out the full interview from Paste magazine.