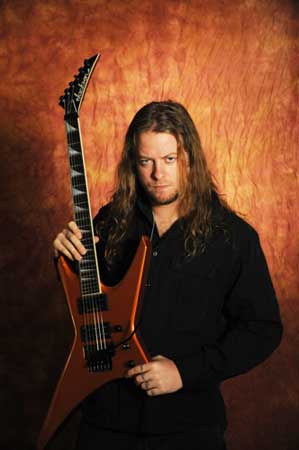 As depicted in the picture and the video below, Miller has chosen to play a Jackson Warrior model for his future projects.

“I saw it and was floored. It reminded me of the B.C. Rich Chuck Schuldiner played, and it plays perfect for my fretting hand and picking style,” Miller said in a statement.  “It’s considered a metal guitar I suppose, but the way it plays would work for any kind of music.”

And, CKY currently has a slate of five shows scheduled in Australia for 2012.

Watch Miller showing off his brand new axes in the video below: