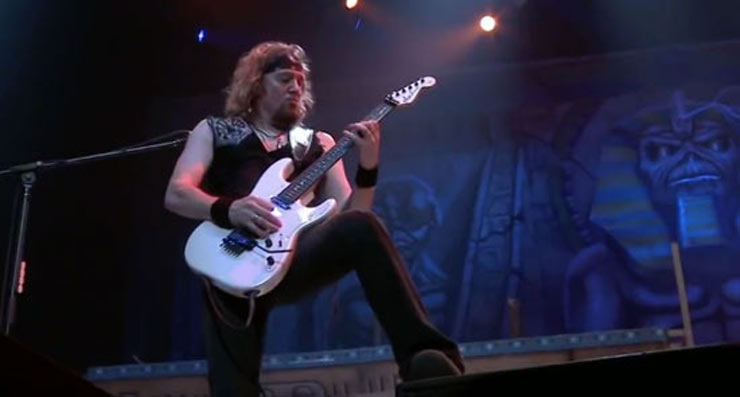 Iron Maiden guitarists Adrian Smith, Dave Murray and Janick Gers recently sat down for an interview with Premier Guitar about the heavyweight band’s new album, The Book of Souls, and some of the intricacies behind it.

One interesting note came from Smith, who revealed that he was influenced by guitarist Eric Johnson and rediscovered the pentatonic scale for the track “Speed of Light.”

“Years ago I went through a phase where I was trying to figure out Eric Johnson, but I couldn’t even get close. He’s brilliant,” said Smith. “Trying to say what I do sounds like Eric Johnson is a bit presumptuous, I think. Joe Bonamassa’s another one — the stuff that comes out of him, those pentatonic runs, it is just incredible.”

Iron Maiden will embark on a world tour in early 2016, and you can catch Smith playing one of his signature Jackson guitars at all of the dates.

But in the meantime, read the full Premier Guitar interview here and click here for more information on Iron Maiden.