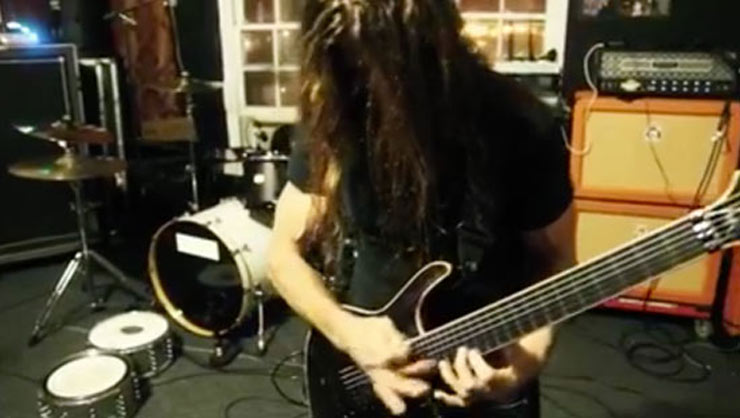 While rehearsing for a large North American tour kicking off tonight in Las Vegas, Act of Defiance brought cameras into their practice space to offer a fans a glimpse of what they can expect at their live show.

The band, which features former Megadeth members Chris Broderick and Shawn Drover, plans to play each song from debut album Birth and the Burial, which is a hard-hitting metal assault from start to finish.

As stated in the video, getting all four members of Act of Defiance in the same room to rehearse was critical as they geared up for the shows.

“We’ve been so nuts getting all our merch ready and getting our RV ready and all this stuff, we  haven’t been able to touch our instruments except for when we come here and rehearse,” Broderick said with a chuckle. “It’s not quite as easy as I thought it was going to be getting into these songs, but they’re turning out pretty good.”

Supported by Allegaeon, Act of Defiance’s route will run throughout the U.S. and Canada and wrap up with a concert in Pomona, Calif., on Dec.5.

Check out the behind-the-scenes clip after the jump and click here for a full list of tour dates.