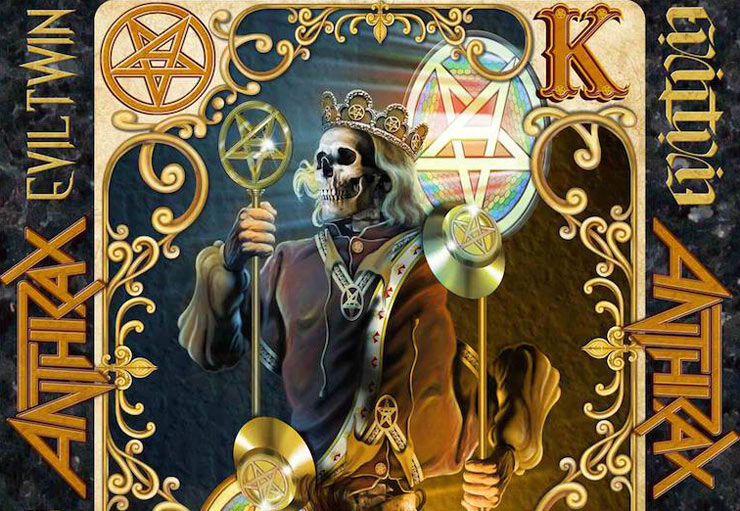 The thrash lords in Anthrax have made it known that they are releasing a yet-untitled album in early 2016, and now the band has dropped the first new song from the effort.

The track, titled “Evil Twin,” debuted with a lyric video that provides a commentary on religious and political zealots.

“Let’s forget for a moment the history of radical extremism and why we live in a world where it exists and just think about now,” guitarist Scott Ian told Rolling Stone. “That’s what ‘Evil Twin’ is about. It’s my relationship to the violence perpetrated by radical extremists. It’s my anger towards it and it’s my hatred towards the inability to stop it.”

Musically, “Evil Twin” is a brutal punch to the gut, with an uber-aggressive riff from Ian and relentless drums from Charlie Benante.

Check out the video after the jump and click here for more from Anthrax.