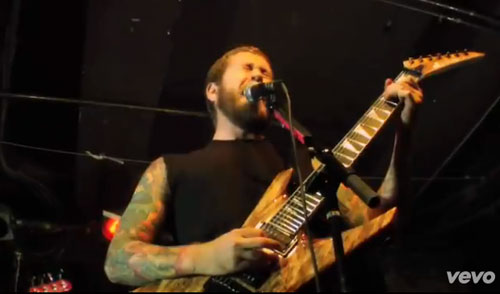 Before they embarked on this year’s Summer Slaughter tour, Boston’s Revocation recorded a video for the track “Invidious” in their home town.

The clip captures the raw energy that Revocation’s live shows have become known for, and that energy has only been ratcheted up a notch with a slate of fresh thrash tracks from the band’s recently-released self-titled album.

In addition to “Invidious,” the deluxe edition of Revocation features a cover of Metallica’s “Dyer’s Eve” as a bonus track.  Check out the cover (via Revolver) here and watch Revocation in action after the jump.

Revocation is also giving away a WRXTMG Warrior in Quicksilver and Black Bevels signed by the entire band.