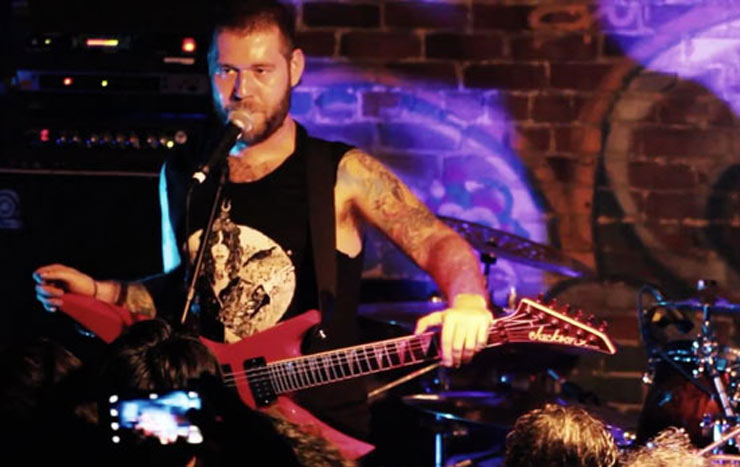 Along with the recent re-release of debut album Empire of the Obscene (via Metal Blade Records), Boston thrashers Revocation have posted a live video of one of their classic tracks.

The crushing clip for “Alliance and Tyranny,” which is all instrumental, was filmed at the Mystery Box in Los Angeles in front of a sweaty, packed crowd.

“We had a blast busting out this deep cut from Empire on our last tour this past September,” frontman Dave Davidson told Decibel. “It’s a driving instrumental that’s heavy and melodic, and we’re stoked that Metal Blade were able to capture our performance when we played it in L.A.”

Check out the video after the jump and click here for more from Revocation.