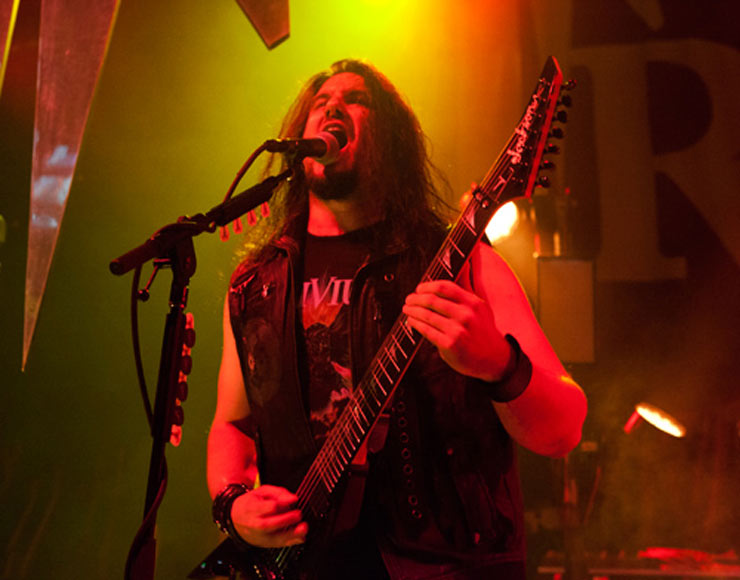 With a new set of signature guitars – the X-Series KV6 BKS and KV7 BKS – seeing a recent release, Trivium axeman Corey Beaulieu recently reflected on his affinity for Jackson in an interview with Total Guitar.

According to Beaulieu, it was a love that developed when he first got into Megadeth as a kid.

“Everyone who grows up with guitar is always drawn towards certain things and growing up, there was always something about Jackson,” he said. “It all stems from being a fan of Megadeth. Especially Rust In Peace; it was a massive album for me as a guitar fan and I really looked up to Dave Mustaine and Marty Friedman.”

Beaulieu, who got his first King V a little before he played Ozzfest in 2005, said he worked hard to develop his namesake Jackson guitars, including the new X-Series models.

“I’ve been A/B’ing them and going from playing $3,000 custom shop models to the production models. It’s almost unnoticeable in the quality and the playability of the guitar,” he said of the X-Series guitars.

“It has the same pickups that my Custom Shop model has, its got a Floyd Rose and a through-neck too. We wanted to make a great guitar people could afford, especially our fans. It’s something that will last them a really long time too.”