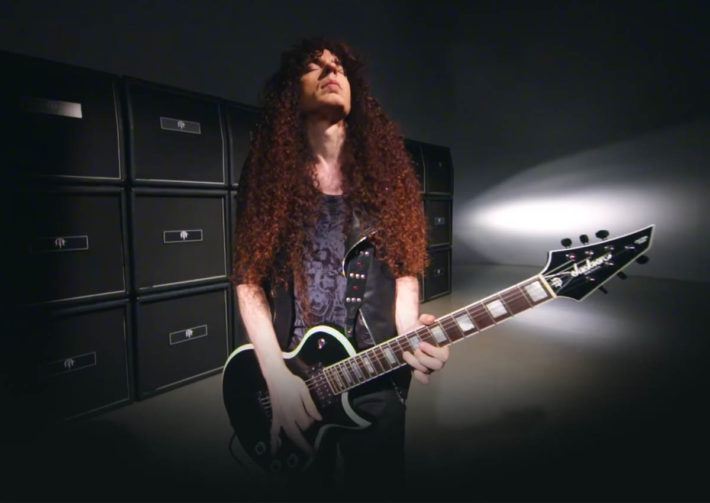 In anticipation of Friday’s release of studio album Wall of Sound, Jackson artist Marty Friedman has dropped the official music video for its track “Whiteworm.”

The longtime Japan resident revealed that he went for a subtle route for the video concept, wanting the storyline to contract with the wildness of the guitar work.

“The ‘Whiteworm’ video has a definite ‘real-world’ Japanese look, but not the over-the-top ‘exported Japanese’ look that many people are familiar with when they see Japan-related content,” said Friedman of the clip. “It was directed by top-class Japanese music video director Junya Masuyama, who has done hit videos with superstars of every genre of Japanese music. I chose him to challenge him to put a foreigner (myself) into a very Japanese atmosphere in such a way that was not ‘Japan overload.’ It was quite easy for him to do so, as his videos tend to be minimalistic, with the focus on one or two subtle themes. In this case, the themes being the very delicate and simple idea of a little boy playing a video game waiting for the rain to stop, and me playing aggressively and calmly.”

Enjoy the clip below, and don’t forget to enter for the chance to win Friedman’s signature guitar and a signed album copy here!