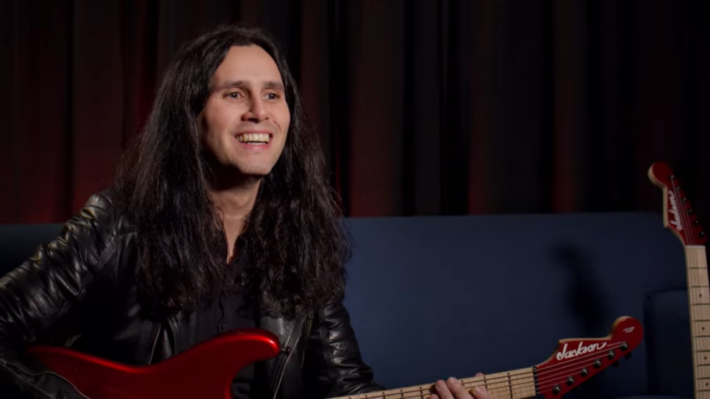 The prolific artist sits down in the hot seat for a barrage of random questions. Will he make it out alive?

Who would have thought that the first CD Gus G. ever bought was a tribute to a legend with whom he would eventually accompany on the road for many years?

You wouldn’t have that type of intel if the prolific Greek guitarist didn’t have the mettle to sit down for another edition of the Jackson Speed Round.

When asked about that fateful purchase, Gus G. responded thusly: “When CDs first came out, I couldn’t afford many albums. They were very expensive back then, so I bought a tribute to Black Sabbath compilation from various artists. It was called ‘Nativity in Black’.”

Many years later, 2009 to be exact, Gus G. found himself playing lead guitar with Black Sabbath’s own Ozzy Osbourne, a gig that lasted through the Spring of 2017.

Surprisingly enough, through stints with heavy outfits like Arch Enemy, Dream Evil and Nightrage, Gus G. also noted during this quick quiz that one song he never gets sick of is the Eagles’ soft-rock classic “Hotel California.”

What else did Gus G. reveal in the Jackson Speed Round? You’ll just have to watch the entire episode below.