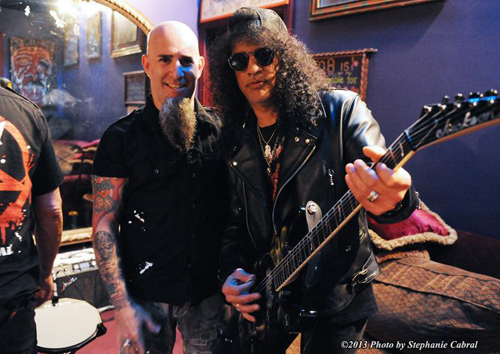 During a recent Metal Alliance show at Hollywood’s House of Blues, Anthrax brought out more than just hits from their classic album Among the Living and gems from their recent covers release Anthems.

A fiery version of AC/DC’s “T.N.T.” featured Slash on lead guitar, while Chuck D added pop to “Bring the Noise,” a track Anthrax recorded with Public Enemy in 1991.

Check out video for “T.N.T.” after the jump and visit Anthrax’s official website for tour dates.