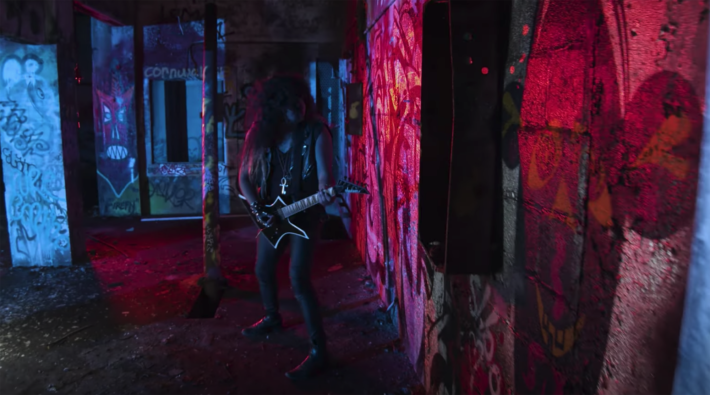 Portland, Ore., metal merchants Silver Talon have a new album on the way called Decadence and Decay, and they’ve already busted down the door with a video for their single, “Deliver.”

But this sextet decided to take things a step further with a new tease off the record or “As the World Burns,” which showcases their three-guitar attack amidst a desolate wasteland that hints at what our world could be if it, in fact, burns.

Directed by Brock Grossi, the clip offers glimpses of many of the social and political issues the world has dealt with in the past year and often cuts to the band expressing their aggression under a graffiti-covered overpass.

The unrelenting six-stringed attack comes from guitarists Bryce R. VanHoosen, Sebastian Silva and Devon Miller, who all are toting some of Jackson’s most solo-ready models – including a Pro Series CD24, a Pro Series Soloist SL2Q and a Jackson KEX.

Pre-order Decadence and Decay, which comes out May 28, here. And for more information, visit Silver Talons’ official website here.