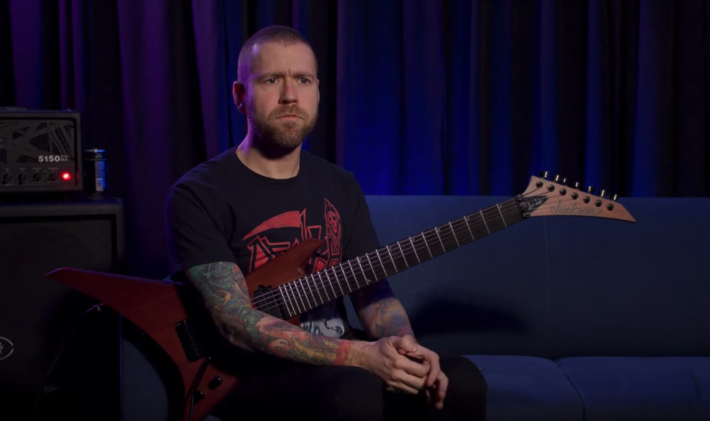 The Revocation frontman and co-founder of prog rock group Gargoyl thinks he’s ready to answer the tough Speed Round questions. But is he, really?

Revocation frontman Dave Davidson is known for the crushing riffs his Boston-based band has delivered over the course of seven studio albums, including the acclaimed Great Is Our Sin (2016) and The Outer Ones (2018).

But did you know that he was and still is influenced by jazz? Yes, Davidson studied the genre at the Berklee College of Music along with polyrhythm, both of which have helped shape Revocation’s technically forward metal sound.

So when Davidson sat down in the Jackson Speed Round hot seat, answering the question about his favorite jazz musician might have just been the easiest task.

Funny thing is, Davidson also noted that the first album he ever bought was pretty far from jazz, as in it was a “Weird” Al Yankovic CD. Metal, jazz, comedy … cooking? Davidson covered it all in his Speed Round episode.

What else did Davidson reveal? Get to know more about this Jackson signature artist by watching the entire episode below.

And for a closer look at Davidson’s signature series Warriors, click here.