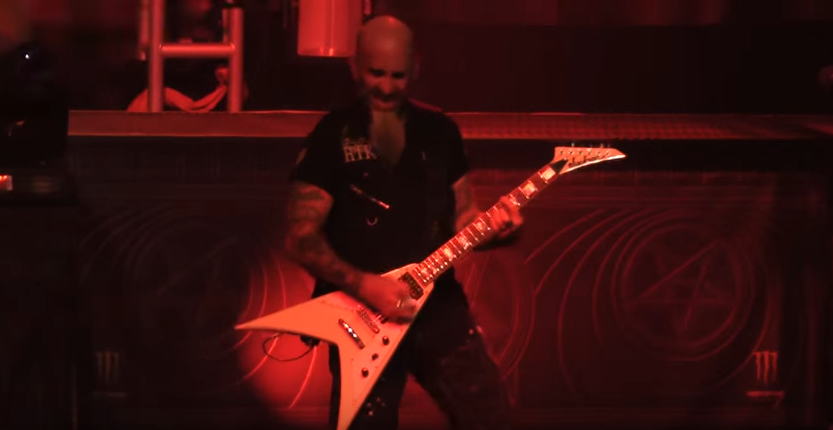 The band is currently co-headlining a spring jaunt with Killswitch Engage called the “The Killthrax Tour,” which sees the bands switching off closing spots.

Fans can also expect more live Anthrax footage in the way of an official DVD via Megaforce that is being produced and directed by Paul Green. Green’s crew used 17 cameras including five GoPros and a full-size camera crane to shoot the band’s Feb. 15 concert at the Barrowland in Glasgow, UK.  The setlist was voted on by fans and included “Madhouse”, “Be All, End All”, “Breathing Lightning” and “A.I.R.”, followed by their classic 1987 album, Among The Living, performed start to finish. In addition to the live footage, the DVD will include “fly-on-the-wall” interviews and other B-roll shot from the band’s tour bus, backstage, hotels, etc.

Watch the fan footage below, and be sure to enter to win one of Scott Ian’s autographed signature models here!