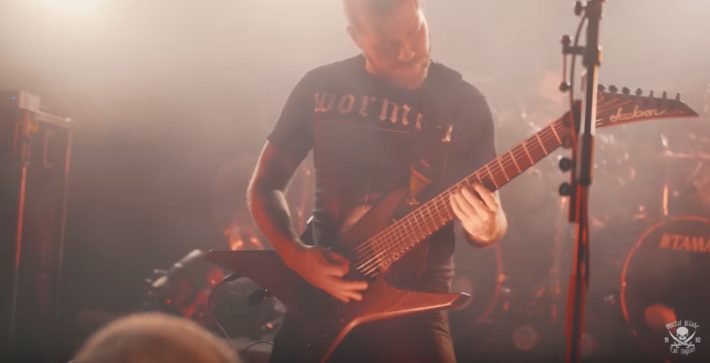 Revocation released the music video for “Vanitas,” the second single off their recent album Outer Ones, which finds the death metal heathens delivering plenty of brutal, knock-you-out tone.

The video for “Vanitas” was shot by Jonathan Topore during the European leg of the band’s tour. Between the shots of the amped crowed in the mosh pit and Dave Davidson tearing it up on his Custom Shop Signature Dave Davidson Warrior™ WR7, it looks like it was one hell of a tour.

Watch the video below and catch Revocation live here.