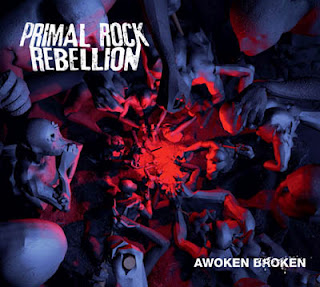 “Those who like their music with power, passion and the occasional twist ‘n’ turn will certainly be in for a double-headed treat!” the band described in a press release.

For more information and to pick up your copy of Awoken Broken, visit Primal Rock Rebellion’s official website.

In the meantime, you can stream a preview of the album here.