Midway through a 2012 tour with his band Periphery, guitarist Misha Mansoor picked up a new axe that is almost identical to his first Jackson Custom Shop piece, a Laguna Seca blue seven-string Dinky.

Mansoor wrote about his new sparkly blue guitar on a SevenString.org forum, noting, “The body on the first one was really thick, which led to the guitar sounding huge, but the heel was enormous on it, so i asked if they could make this body thinner and cut the heel down as well for better access, which they did. I also told them to do a blue sparkle finish, but apart from that to keep everything else EXACTLY the same.”

In the pictures below, Mansoor shows off both of his blue Dinkys: 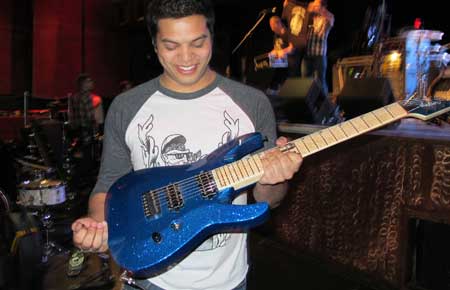 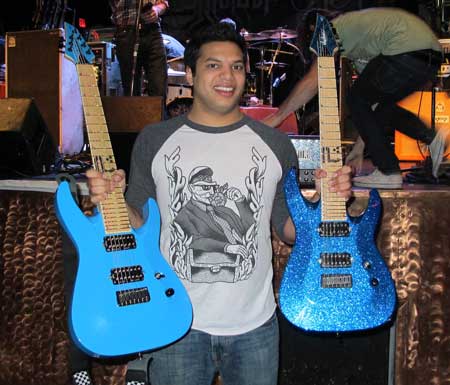 Meanwhile, Periphery is giving out a guitar of their own, as the Maryland-based metallers have teamed with Guitar World to give fans a chance to win a black Jackson X series Soloist guitar branded with the Periphery “P” logo, plus a Toontrack Superior Suite.

For a full list of tour dates with Protest the Hero, Jeff Loomis, The Safety Fire and Today I Caught the Plague, check out Periphery’s official Facebook page.