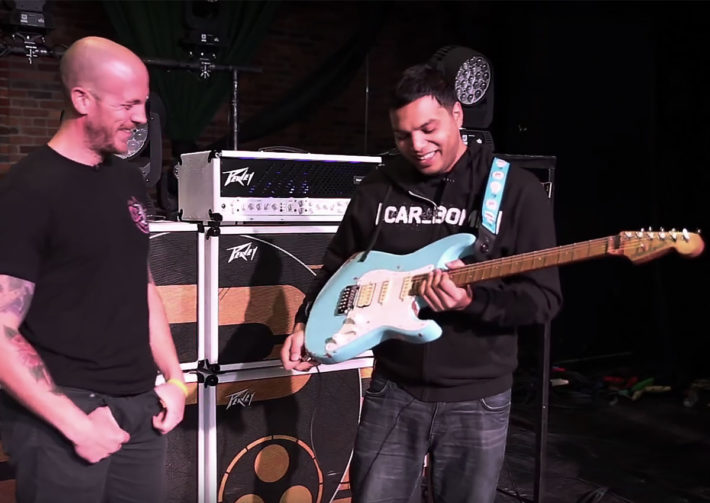 The djent god himself Misha Mansoor recently met up with Chris Kies of Premier Guitar for a Rig Rundown. Diving right in, the two discussed everything from what it’s like working with Jackson on his new signature model guitars to his wide collection of axes, including a one-of-a-kind Jackson Strat.

Mansoor is a true guitar nerd and when working with Jackson he found much of the same when it came to designing his new signature model guitars.

“I love the dudes at Jackson, they’re just a bunch of guitar nerds,” he said in the clip below. “They’re all guitar nerds and they’re real with me. They don’t just say yes to everything I want, but they also try not to say no to anything.”

Later in the package, Mansoor busts out the custom-made Jackson Strat that he helped design.

“I’ve been on a huge Strat kick lately,” he said. “I think it’s called getting old, unfortunately. I’m just becoming a dad rocker.”

Dad rock or not, Mansoor shreds with the best of them.

Check out the full video below and stay tuned for more news on his upcoming signature models.