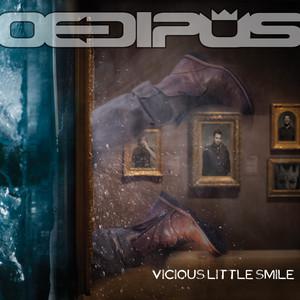 Aside from his longtime gig as lead guitarist for Def Leppard, fronting his new side project Manraze, and recording theme songs for movies, Collen now made a guest appearance in new Oedipus album, Vicious Little Smile.

The album, due March 13 in North America, has 12 songs, including “Final Machine,” which features Collen on lead and rhythm guitars.

“I loved the track as soon as I heard it,” said Collen in a recent statement. “These guys have got phenomenal energy. Playing on it was a blast, and I look forward to hearing the rest of the album.”

In related news, Collen was recently interviewed by UltimateClassicRock.com, where he expressed his feelings on pop singer Whitney Houston’s passing.

“It’s awful and it really hit me,” Collen told the website. “I’ve known people and lost people who’ve been through the exact same thing. What really irritates me when someone special dies is the outpouring and everyone loves to show up for the funeral but they don’t really want to help when the person needs it.”

“When Steve [Clark] died, that really pissed me off,” he told UltimateClassicRock.com. “There were people coming out of the woodwork and I was like, ‘Whoa, where were you when he really needed you?’ and in fact all they were doing at that time was actually encouraging him to be the way that he was that ended up killing him.”

Read the full interview at UltimateClassicRock.com