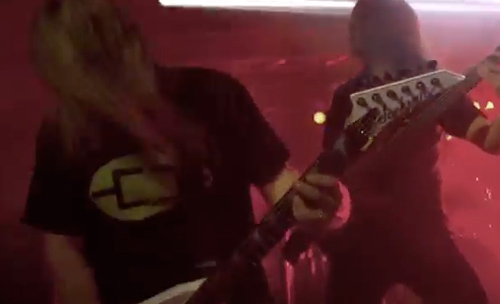 Finnish metallers Omnium Gatherum recently dropped a video for the track “Formidable” that captures the aggressiveness and energy of their live show.

The clip was filmed earlier this year at their record release party for Beyond in the town of Kotka.

Check out the video after the jump and visit Omnium Gatherum’s official Facebook page for more information.