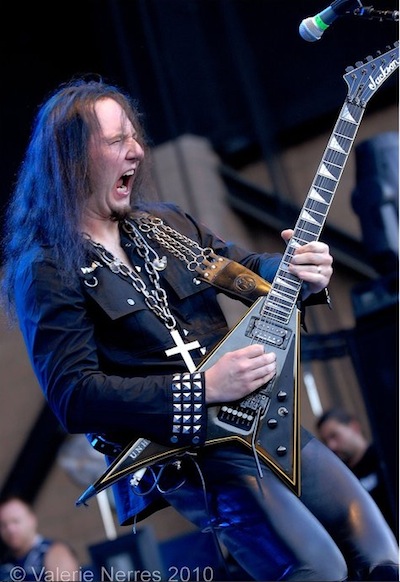 Legendary metal guitarist Metal Mike Chlasciak is featured in a recent post on the Seymour Duncan blog. During the Q&A, Metal Mike shares his choice of pickups and guitars.

“You know, the guitars that I play which are USA Jackson Randy Rhoads models, already come armed with the pickup choice I prefer,” he says in the blog. “They come with Duncans already out of the shop and whatever tone testing and matching you guys and Jackson have done works really well for me.”

Chlasciak keeps it simple, saying that he’s “a meat and potatoes metal player.”

He’s also a very loyal player with a special weapon of choice, and that’s his Jackson RR1 USA model.

In related news, Metal Mike will be making a very special guest performance at the School of Rock grand opening in Farmingdale, N.Y., on Sept. 24. The Jackson artist has been very involved in teaching metal camps to young shredders over the summer.