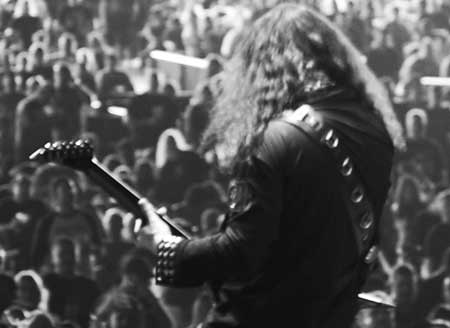 Metal guitar god Mike Chlasciak’s solo album The Metalworker is due for release later this year, and the song titles are now available.

“I am psyched that The Metalworker is nearing its release,” saId Chlasciak on his website. “It is a focused, no-apologies heavy metal record that features plowing riffs, soaring vocals and wicked double bass for days. Both Kevin and Mike killed it, and I’m also very happy to have Carlos on vocals. I’m telling you, this guy is a serious powerhouse vocal talent.”

The Metalworker track listing is below: