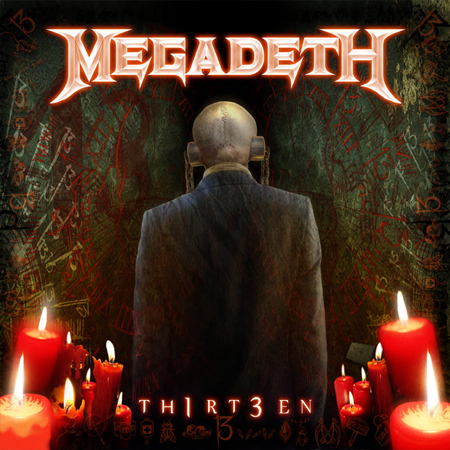 The cover to Megadeth’s forthcoming album TH1RT3EN has been revealed.  The artwork was once again created by artist John Lorenzi, who worked on the last two Megadeth studio albums — 2007’s United Abominations and 2009’s Endgame — as well as the band’s 2007 box set, Warchest.

The album and a limited-edition version that comes on double picture disc vinyl can be pre-ordered here. Also, new single “Public Enemy No. 1” is available for streaming at Megadeth.com.