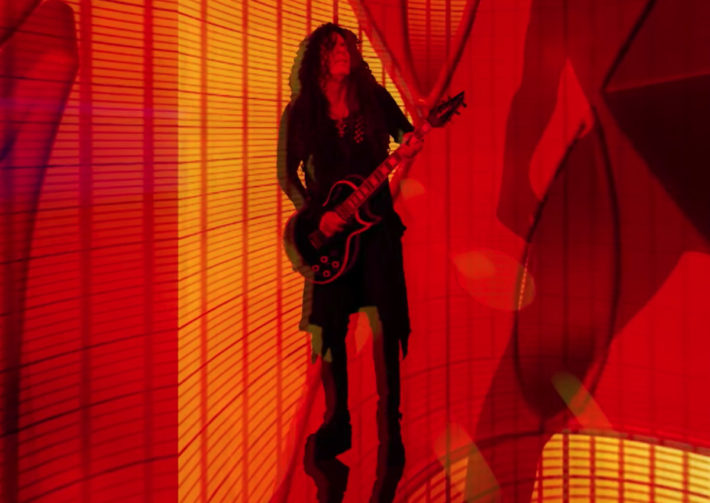 Directed by London-based photographer Jimmy Cheng, the clip is the first to feature Friedman’s live band — Kiyoshi on bass, Chargee on drums and Jordan Ziff on guitar.

“These guys (and girl) outshine me every night on tour,” said Friedman. “The video is loosely based on some of the fun ways you can pollute yourself (hence the title) and takes you from serenity to a chaotic climax, just like real life does sometimes.”

Indeed the song and video showcase Friedman’s blazing guitar speed and then at around 1:33, morphs into a slow and psychedelic solo. Meanwhile, scenes depicting sex, gambling, alcohol, television and obesity flash behind he and his band.

Watch the clip below featuring Friedman on his Jackson signature MF-1 and Ziff on his custom Monarkh. Interesting in picking up Friedman’s phenomenal solo effort? Order Wall of Sound here.