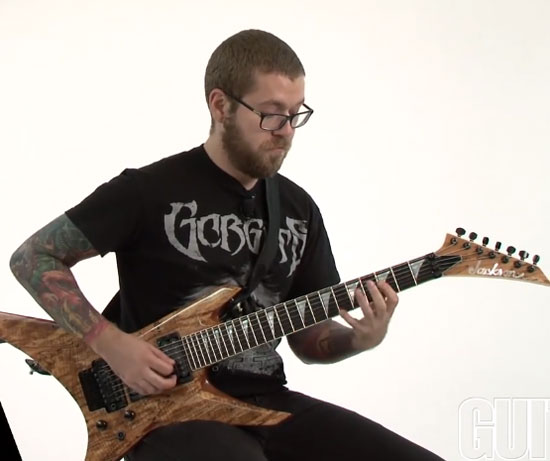 In his latest column for Guitar World, Revocation frontman Dave Davidson discusses the diminished scale and how it can be utilized to write heavy riffs.

And to illustrate his point, Davidson teaches viewers how to play the track “Deathless” from his band’s album of the same name.

“The other form starts with a half step and ascends half, whole, half, whole, and so on, and is referred to as the half-whole diminished scale.”

Watch how it all comes together in the video after the jump.