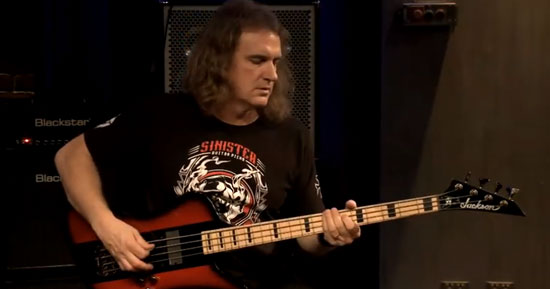 David Ellefson and Frank Bello might be better known as the bassists for Megadeth and Anthrax, respectively, but they have also teamed up for the project Altitudes and Attitude.

The metal heavyweights released a self-titled EP earlier this year, and they recently appeared on EMGtv to perform its lead single, a rocker called “Tell the World.”

Watch Ellefson – playing his signature Kelly Bird Bass – and Bello in action after the jump.