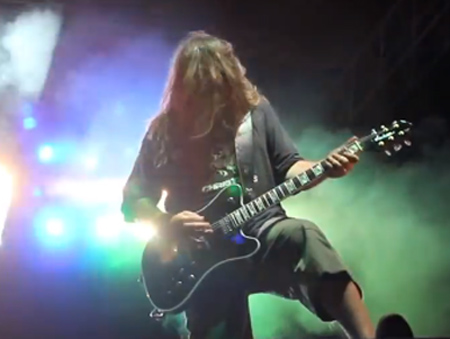 Lamb of God’s upcoming documentary As the Palaces Burn is set to open at Philadelphia’s Trocadero Theatre on Feb. 16, days ahead of its release in select cities on Feb. 27.

The film originally sought to follow the band and their fans throughout the world, but the story took a dramatic turn when lead singer Randy Blythe was arrested on charges of manslaughter in the 2010 death of a young fan in the Czech Republic.

The final product is an inside look at Blythe’s initial 38-day incarceration, his release, the band’s return to performing live, Blythe’s trial and his eventual acquittal.

Watch the official trailer after the jump and click here for a list of showtimes and locations.