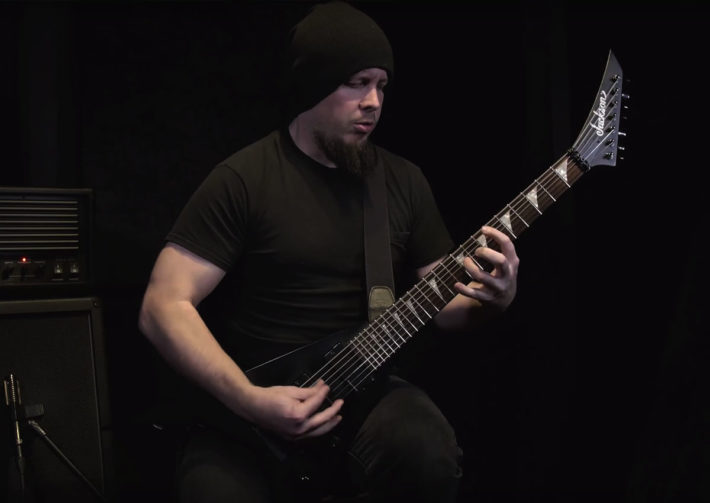 Sacramento based metal heads the Kennedy Veil have been tearing up the death metal scene for almost a decade with a no bullshit approach to playing. Helping their self-proclaimed “no throwback, no breakdown, no wanking, no trend” style is the band’s intimidating guitarist KC Childers, who just dropped an awesome playthrough of “Draconian” off latest album Imperium.

Childers high-intensity playing is enhanced by his USA Signature Corey Beaulieu King V™ KV7, a seven-string beast that is built for the lightning-fast riffing that the Kennedy Veil has become known for.

Catch the full playthrough below and be sure to check out the Kennedy Veil’s latest album Imperium by CLICKING HERE.