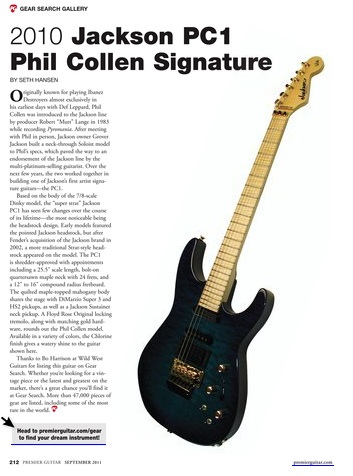 The article also gives a history on Collen’s longtime preference for Jackson guitars, which dates back to 1983 when producer Robert Lange introduced him to the Jackson line.

It then breaks down the guitar’s specs, giving a detailed report on its headstock design to its “shredder-approved” appointments, including its unique Jackson-exclusive compound radius fretboard.