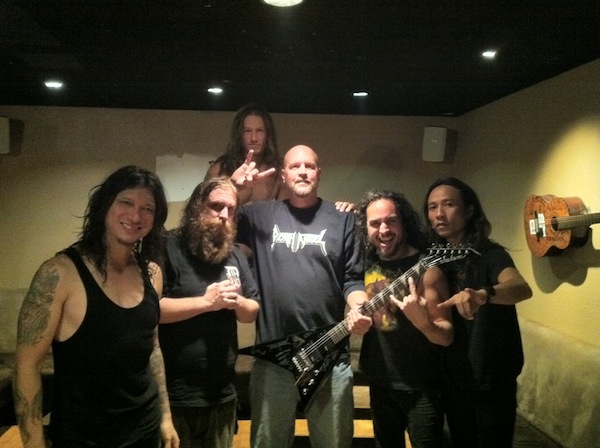 Cavestany will give away two more of these sick axes during the band’s tour with Anthrax and Testament. So, if you entered your name in the drawing before the entry period closed, you may have a chance to win. Just come out to the show you selected, and keep your heads and horns up for your name to be called!

In related news, Cavestany was interviewed by Superskum during the band’s stop in Denver, Colo. on Oct. 19. Watch below as he discusses the giveaway and much more.