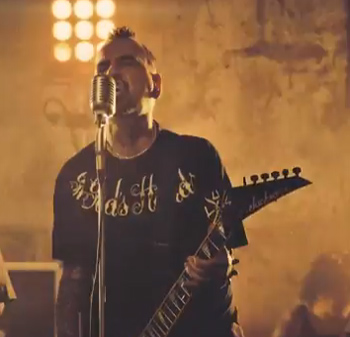 The initial music video from De La Tierra’s upcoming self-titled debut album is upon us, and the supergroup put together a hard-hitting package.

For “Maldita Historia,” the band – which consists of Andreas Kisser, guitarist for Sepultura, Andrés Giménez, former leader of A.N.I.M.A.L., Sr. Flavio, bassist of Los Fabulosos Cadillacs, and Alex González, drummer of Manà – performs the track in a dingy basement.  Quick cuts and strobe lights add to the brutality of the song.

Check out the clip after the jump and visit De La Tierra’s official website for more information.