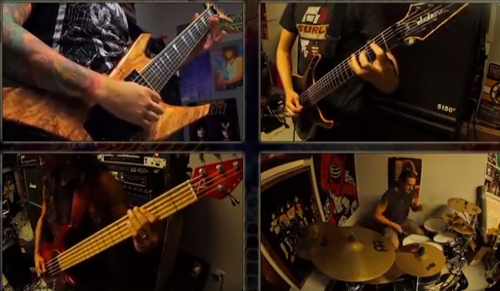 For those in seek of an assault on their senses, Revocation has it covered with the recently-released play-through video for the track “Spastic,” which comes off the band’s 2013 self-titled album.

Guitarists Dave Davidson and Dan Gargiulo are each featured in separate panels, as are bassist Brett Bamberger and drummer Phil Dubois.

Watch the clip after the jump and visit Revocation’s official Facebook page for upcoming tour dates.