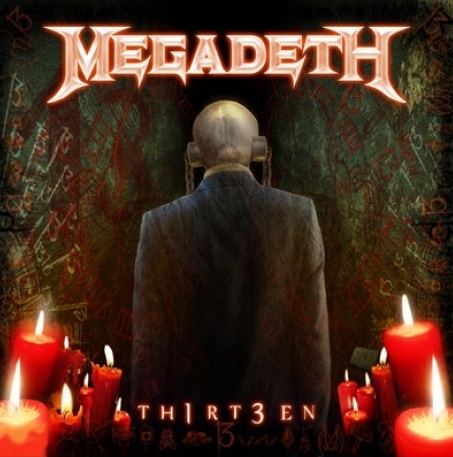 Megadeth bassist David Ellefson gave MusicRadar.com the full story behind each track on the band’s new album TH1RT3EN, due Nov. 1 via Roadrunner Records.

Fans can get the the total picture on what to expect from the record, including little-known facts on how each song was made.

For instance, Ellefson shares that “New World Order,” the album’s seventh track, goes as far back as 20 years ago.

“We wrote it on the Clash Of The Titans tour in 1991 and made a demo of it for Countdown To Extinction, but it didn’t fit on that album for whatever reason,” he explains.

“The riff is massive,” says Ellefson to MusicRadar.com. “Some riffs are good, others are great, and then there’s riffs that just rock your world. ‘Wrecker’ is the last example.”

It sounds like the entire album is loaded with heavy metal goodness. Read the track description at MusicRadar.com, and pre-order TH1RT3EN here.