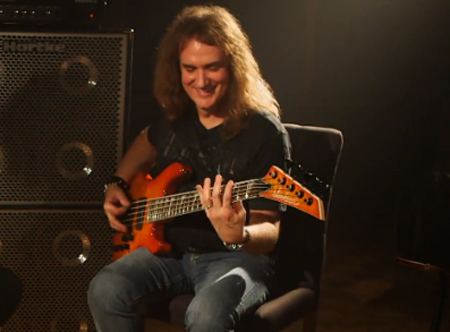 When you put two influential metal bassists in the same room together, something magical is bound to happen, and Fuse recently captured that magic on an installment of their online series Metalhead to Head.

The episode paired Megadeth’s David Ellefson with Doug “dUg” Pinnick of King’s X, and what followed was a lengthy conversation about their favorite instruments, their influences and their distinctive playing styles.  Ellefson even goes so far as to teach Pinnick a Megadeth song.

Watch the first installment of the program after the jump and view Part 2 here.