After they left Megadeth last November, the metal world wondered what was next for guitarist Chris Broderick and drummer Shawn Drover.

This week, the duo officially announced the formation of Act of Defiance, their new group that is rounded out by singer Henry Derek and bassist Matt Bachand. The quartet also signed to Metal Blade Records and is recording their debut offering with producer Zuess (Rob Zombie, Hatebreed, Shadows Fall).

“I am so excited to finally be able to announce Act of Defiance to the world,” Broderick said in a statement. “Shawn just finished tracking drums the first week of February and his performance and tones are simply incredible. I have started tracking rhythms and leads, as well as working with Henry to get final vocal takes while Matt will record bass at his studio.

“I am also very honored to announce that we have signed with Metal Blade Records. There is not a better label to be on than one where the employees (and owner) still understand and listen to metal! They have shown a loyalty, backing and drive for their artists that few other labels have. As for our music, I am really enjoying the ability to create what is a killer mix of thrash and modern metal. It has a unique combination ranging from thrash to classical influences. I am very proud of what we have written and hope that you all dig it.”

For a taste of what’s to come from Act of Defiance, stream a snippet of the track “Throwback” after the jump. Click here for more information. 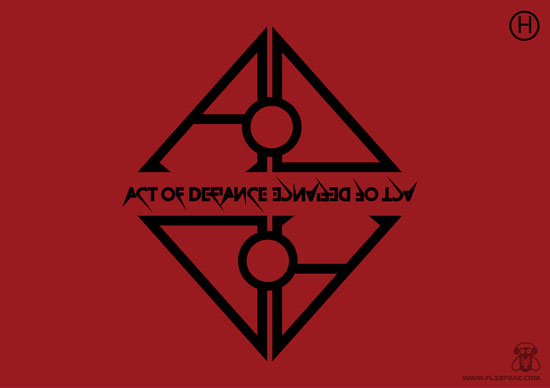